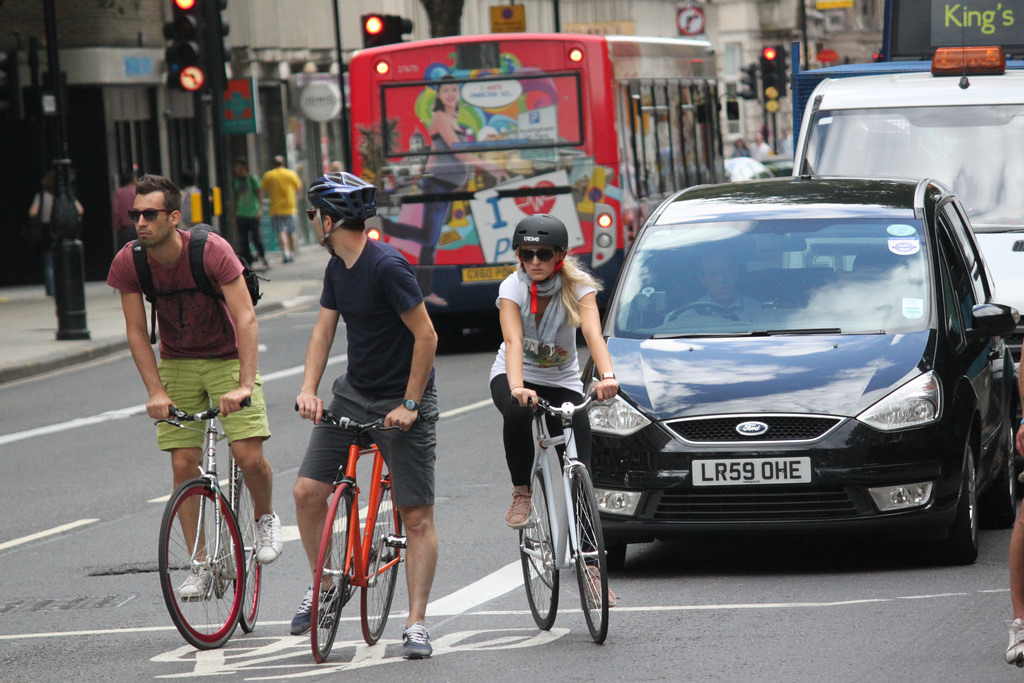 Cycling in London might seem risky or difficult to be an option, but when you take a closer look, you’ll see it can easily turn into the safest way to experience the city. It is not only adventurous but is also a great way to save money on transport costs.

This is one reason, there are actually more bicycles than cars entering central London during rush hour. However, there are certain safety tips to be followed by cyclists while taking a ride, the first and foremost is wearing a helmet. You should always keep an eye on traffic lights meant for cyclists. 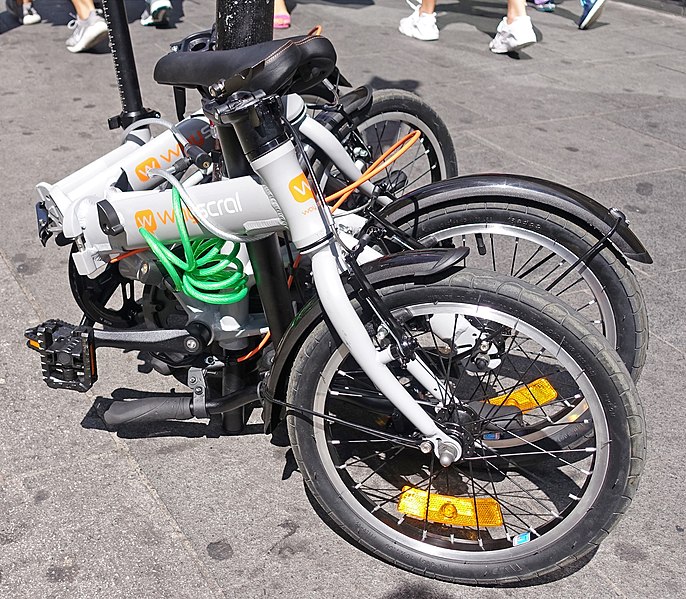 If you have a fully folding cycle, you can bring it on board any of the trains, free of charge. Just ensure that the cycle is fully folding, it has small wheels and folds in more than one place. You can also take a folded bicycle on buses and trams as long as it’s ok with the driver.

Unfolded bicycles can also be taken free of charge on the London Underground, however not during peak hours: 07:30 to 09:30 and 16:00 to 19:00, Monday to Friday. Cycling in London is not only meant for commuting but is a lifestyle as new cycle paths are being paved under unrestricted green zone in many of London’s parks including Regents Park and Hyde Park. It is fun to cross cycle tracks that are completely free from traffic! 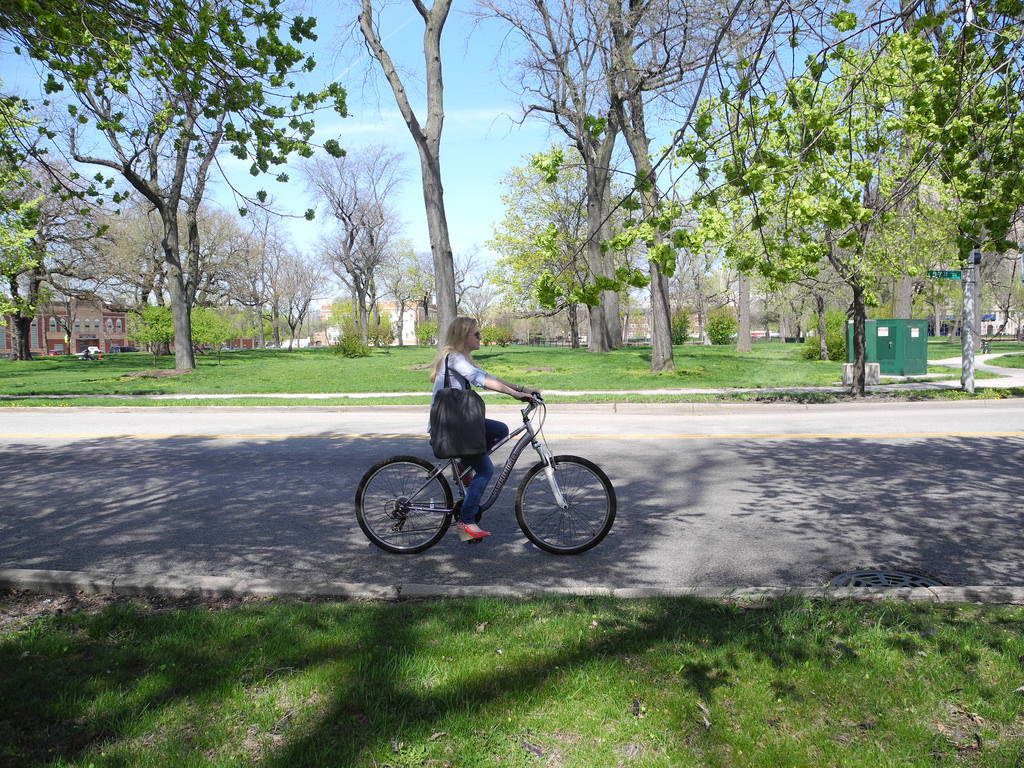 Hyde Park is one of the largest parks in central London, and one of Britain’s Royal Parks covering some 350 acres, including a lake – the Serpentine. Hyde Park is a lot more welcoming to cyclists. There are a number of routes that are open to cyclists throughout the park as well as numerous cycle hire docking stations.

One particularly enjoyable ride begins at the Serpentine Bridge and allows you to enjoy the green landscapes within Hyde Park. Once you’ve crossed the bridge and as you continue along this route to the Serpentine Gallery you will be able to enjoy several excellent views of some of London’s most famous landmarks like Diana, Princess of Wales Memorial Fountain. 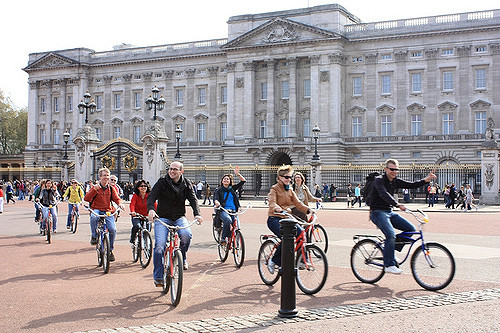 Night bike tour of London is a three-hour bike tour of the capital after dusk, cruising through the vibrant nightlife of Covent Garden and Chinatown.

Love London bike tour explores all the artistic and cultural sights of the West End including a hidden underground tunnel and all its very cool street art. There is a cycling culture trip around the south and east of the capital including globe theatre.

London is a megacity and the most populous one in England. Cycling is no doubt the best way to explore through the intricate alleys and timeless passageways at the heart of London.

A pedal ride will find yourself eye to eye with the spectacular riverside views of the Southbank with its iconic London Eye. Cycling does not only up to your fitness regime but also helps you navigate through fascinating London villages filled with ever-changing street art, cheap eats and hip cafés. 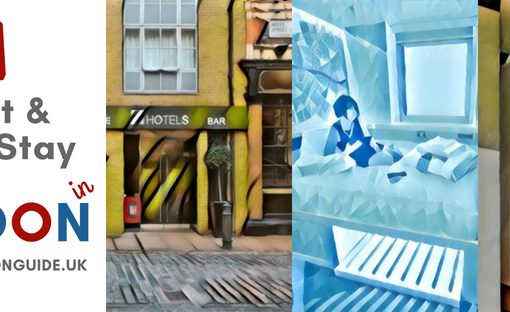 Looking for cheap accommodation in London that does not compromise on quality? Staying in London does not have to be expensive. You […] 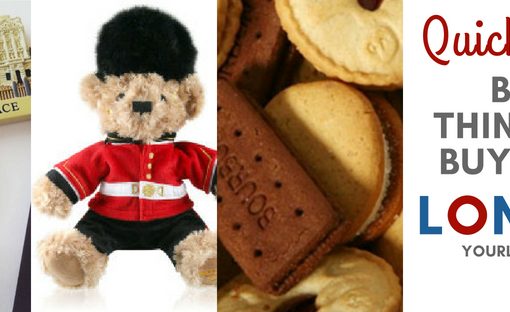 Travellers around the world rightly accept London as the shopper’s paradise. They are at their wits end, given the range of “English […] 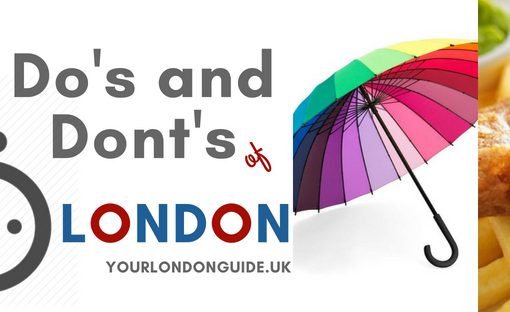 London is number one destination in the world in this year’s Travellers’ Choice awards. There are so many great things to do in […] 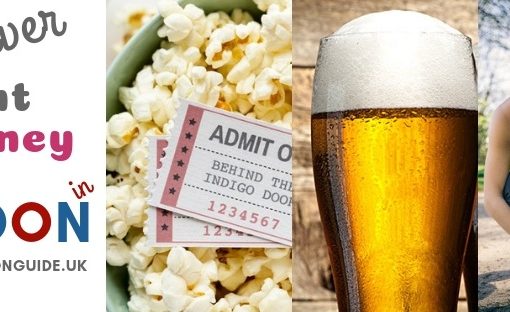 You might feel like winning a jackpot on receiving your student loan, but how are you going to afford it all? Surviving […]