The Eyes of Orson Welles

Three Coins in the Fountain

About Regent Street Cinema
ABOUT US
The Regent Street Cinema, just 1 minute north of Oxford Circus, was re-opened by the University of Westminster in May 2015, reinstating one of the most historic cinemas in Britain to its former grandeur.
Mission Statement
We are the Regent Street Cinema, a uniquely historic cinema, dedicated to both engaging with our legacy and ensuring it for future audiences and filmmakers.
OUR STORY
Built in 1848 and housed within the Polytechnic Institution on London’s Regent Street, the cinema was the first in the country to show moving pictures. In 1896, the cinema showcased the Lumiere brothers Cinematographe to a paying audience, and, as the curtain fell, British cinema was born.
After being used as a student lecture hall by the university since 1980, it was restored into a working cinema featuring a state-of-the-art auditorium as well as an inclusive space for learning, cultural exchange and exhibitions. It is a truly landmark venue for the British film industry in the heart of London’s West End.CINEMAThe cinema is one of the few in the country to show 16mm and 35mm film, as well as the latest in 4K digital film. It offers exclusive premieres, repertory screenings, retrospectives, documentaries, animation and experimental cinema. You can also experience double bills, showcasing the best of home-grown British talent, world cinema and classic movies in a classic environment.
UNIVERSITY
The University of Westminster has always been at the centre of innovation in film production and cinematography. Many of the university’s alumni occupy prominent roles within the industry. The Regent Street Cinema will provide a platform for film students and professionals to come together and showcase their outstanding work.
COMMUNITY
The cinema will also play a key role at the centre of our community: school programmes, hands-on learning, debate and discussion will connect what we do with those around us.DONORSThe cinema has been brought back to life with generous support from the Quintin Hogg Trust, the Heritage Lottery Fund and the Garfield Weston Foundation and our many other supporters. 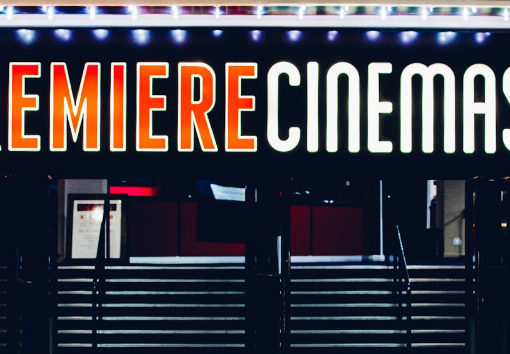